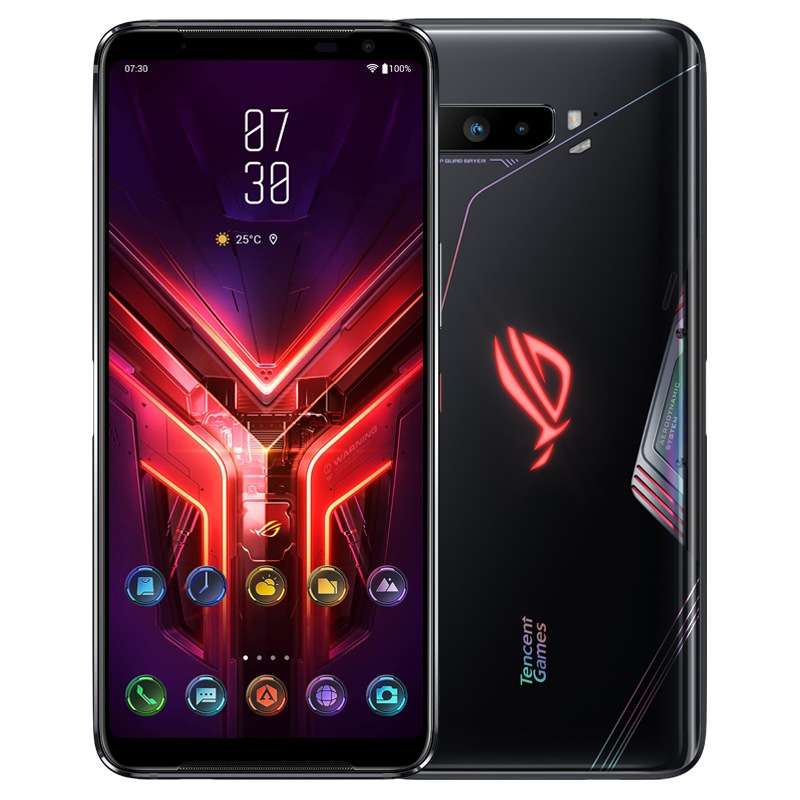 The Asus ROG Phone 3 12GB/128GB Black wears its smartphone DNA on its sleeve. It's a great little device that lets you search the world wide web, take photos or video recordings using a triple camera, or have fun by playing video games. Due to its 6.59" display, it is ranked among the larger smartphones. The smartphone is powered by a 8-core processor. The RAM capacity is 12GB. This powerful performance allows you to play advanced 3D games or experiment with VR. There is also its 512GB internal storage capacity for your apps, that is genuinely comparable to a laptop, which means even the largest files and videos are not an issue. The Asus ROG Phone 3 16GB/512GB Black phone relies on a battery, which will last you a long time thanks to its generous 6000 mAh battery capacity. A notable aspect of the device is connectivity, represented by USB-C.

A spectacularly large 6,59" display features a pleasant Full HD resolution. So you can expect to see your content rendered down to the tiniest details. It's based on premium AMOLED technology, notable for its top-notch picture quality and reduced battery draw. The Asus ROG Phone 3 16GB/512GB Black smartphone has photography features represented by a three-lens camera with a resolution of 64Mpx. It can serve for taking top-notch photos and videos that could rival those taken with a full-fledged digital camera. With its low f/ 1.8 aperture, this smartphone won't disappoint even the most demanding mobile photographers. Electronic stabilisation is priceless when shooting videos. Photography is made much easier by the precise and effective phase detection focus. A small but necessary addition is a useful light emitting diode. For selfie fans, the phone features a front sensor with a 24Mpx resolution.

The phone lets you use two SIM cards at the same time. The security of your Asus ROG Phone 3 12GB/128GB Black is protected by a sophisticated fingerprint reader in the display. Many people will also appreciate NFC technology that makes payments and financial transactions even easier. Fast internet connection goes without saying, along with sensors required by the apps.