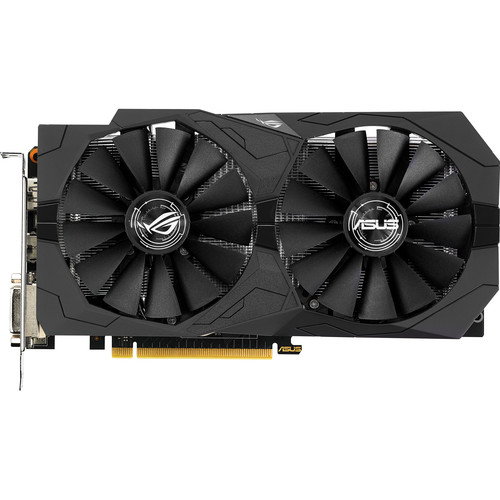 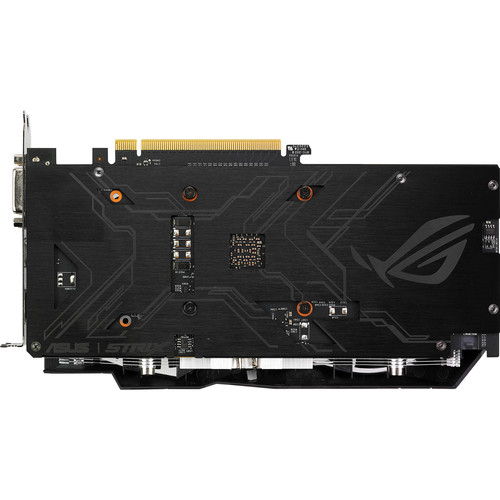 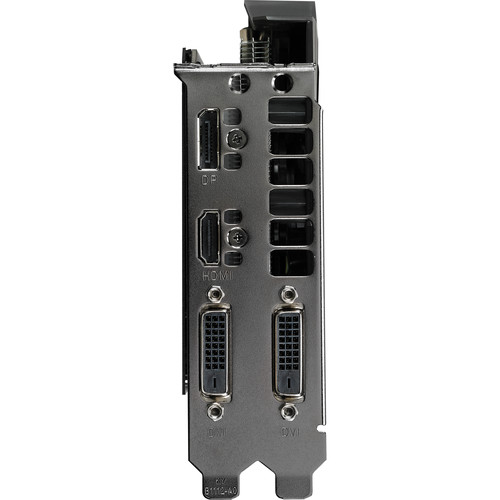 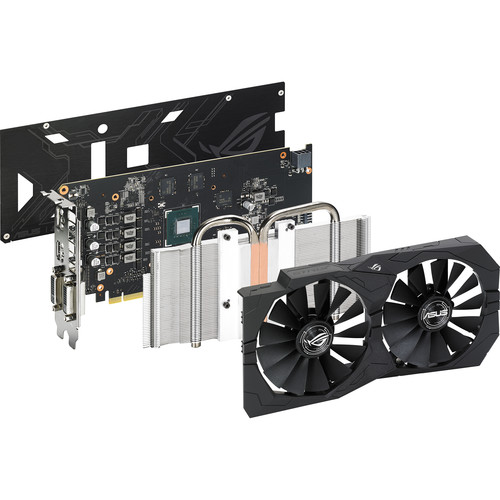 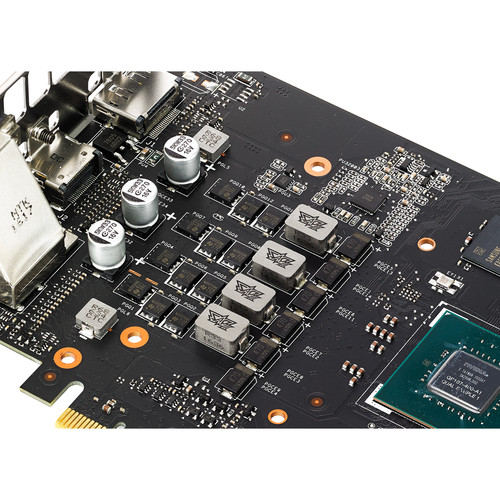 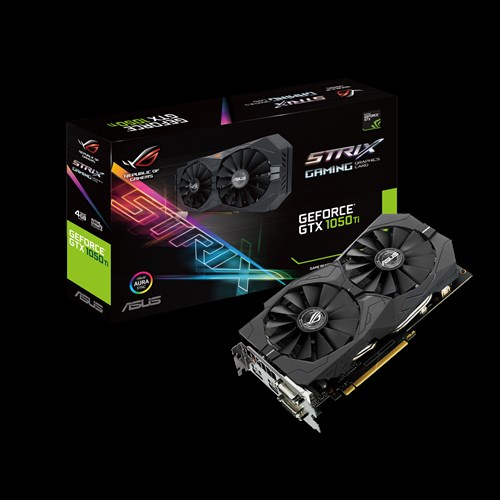 The front panel of the card features a variety of outputs including DisplayPort 1.4 output, one HDMI 2.0b output, and one DVI-D Dual-Link output. The GTX 1050 Ti is not just about high-resolution gaming; Computationally intensive programs can utilize the GPU's 768 cores to accelerate tasks using CUDA or other APIs. This GPU also has Aura RGB lighting with Modular Shroud so you can personalize your gaming style.
To keep this card cool, ASUS implemented their DirectCU II cooler. The DirectCU II cooler quietly keeps the card's operating temperature in check. The cooler uses two large fans and heatpipes to transport heat away from the GPU. 0 dB technology allows for the card to stop the fans and be completely silent when the GPU remains under a set temperature. This type of cooler is most useful in medium to large towers where airflow inside the case is unobstructed.

NVIDIA Ansel
With Ansel, gamers can compose the gameplay shots they want, pointing the camera in any direction and from any vantage point within a gaming world. They can capture screenshots at up to 32 times the screen resolution, and then zoom in where they choose without losing fidelity. With photo-filters, they can add effects in real-time before taking the shot. And they can capture 360-degree stereo photospheres for viewing in a VR headset or Google Cardboard.
CUDA
With CUDA, NVIDIA allows applications to hand off CPU-intensive tasks to the GPU. Your GPU is no longer just used for rendering graphics, but it can provide teraflops of floating point performance and accelerate application tasks, from real-time video rendering to fluid dynamics simulation. CUDA is used in many applications and games.
G-SYNC Ready
When used with a monitor that has G-SYNC hardware installed, the monitor's refresh rate will sync and lock with the graphics card's output frame rate. Establishing this sync removes tearing and stuttering which can result from conventional fixed screen refresh rates, especially important for gaming in stereoscopic 3D. An additional benefit of G-SYNC is reduced lag so gamers will benefit from the improved command response time as well.
NVIDIA GPU Boost 3.0
Boosts the card's clock speed in real-time based on the target temperature. If the card is running below the set target temperature, GPU Boost 3.0 will increase the clock speed to improve performance. The target temperature can be reset depending on your preference so you can have the card run more quietly for everyday tasks and older games, and run at full tilt during intense high-resolution gaming sequences.